I am delighted to feature, again, Tommy Geraci on my Arts & Entertainment Features series.

As mentioned in Tommy’s last feature, a follow-up of his great adventures in 2016 throughout North America, in Canada, and the US cities of LA, New York City, Atlanta, Chicago and Fort Lauderdale was full of amazing events and conventions.

Here, Tommy shared a thrilling time at Dragon Con in Atlanta and he spoke about the fans he met along the way as well as celebrities from the hit supernatural drama series, GRIMM. A bit envious I might add.

Tommy also wrote about the enjoyable and exuberant time at the Emmys and New York Fashion week with KYBOE watches.

On top of, Tommy highlighted the spa treatments in Florida and Canada where it taught him how to relax and to take time for one’s own soul in order to live life to the fullest.

Tommy is a warm-hearted and charitable person along with an out-going and friendly personality that makes him a star, if you will, in the Social TV realm.

Personally, I look forward to read about Tommy’s adventures for the New Year, 2017.

Once more, it is a wonderful privilege to have Tommy Geraci part of my Arts & Entertainment Features.

Tommy, share with us about Dragon Con in Atlanta, and how was it like to be a celebrity handler?

Dragon Con is absolutely thrilling. It’s a lot of work, because there is so MUCH. There are so many people in Atlanta that weekend and almost all of them are attending the convention in some form or another. Dragon Con isn’t as large as Comic Con in San Diego, but there is the same excitement and passion from the fans and all of us involved.

I was SO lucky to be able to work with David Giuntoli from the NBC show GRIMM who also has a film, Buddy Moon that I think everyone should check out.

Being a celebrity handler is a big responsibility, but it is also very rewarding. I love seeing the excitement of the fans and the graciousness of the actors. To be a witness to that exchange of energy is beyond words. Especially when someone young who is also very shy comes up; I love to try to make them feel comfortable and open up a bit. If there is one chance to be that close to someone they idolize, then I like for them to walk away feeling they got the most out of it. David is a dream and so are most of the actors. The people I’ve worked with always show people that they see them, they hear them, and they matter. I absolutely love that.

I can truly say that I am better for knowing the talented people I have had the privilege to work with. The entire cast of Grimm was delightful to be around and their fans are so kind.

Tell us about your exciting time at New York Fashion (NYFW) Week with KYBOE Watches?

I love being at NYFW and the KYBOE Watches show was hip, energetic, and really enticing. I want all of their watches. They are so different and certainly conversation starters. It’s something you wear that really shows off your personality. Everyone who has seen mine has asked me if they could hold it, the watch has a nice weight to it and the faces are larger than most watches we are used to. I hope to be back at Fashion Week again this year for someone (hint, hint).

What was it like to be part of the Emmys with Vanity Fair in LA?

Well, the Emmys are very special to me, because I really do like my TV (as most people who know me, know this about me). I adore films, filmmakers, and the talent there, but I always feel like TV is my comfort and live tweeting TV shows is how I got to meet so many of my friends on Twitter and has given me an opportunity to connect with so many.

I feel like I’m rooting for mostly my friends at the Emmys and its a little more relaxed than the Oscars.

I mean, I love the Oscars too. It’s like being part of the Hollywood royalty and who doesn’t love to dress up and be fancy once in a while?!?!

How was your trip to a resort in Canada, Gail Springs and the Grand Resort and Spa in Fort Lauderdale, Florida?

Two very different experiences and yet there were many similarities. Let me start by saying that both left me feeling that we all (especially in the United States and even more so in NYC) need to learn how to take time to take care of ourselves and relax. This insane work, work, work life is killing us! I have a day job where I work for the State government and the stress levels are through the roof. Most people think it’s something to be proud of, but in reality there is nothing noble or intelligent about destroying your body and mind for money.

Also, new studies show that sitting at a desk all day is actually worse than smoking. We are destroying ourselves, but I’m trying to rectify that for myself after many discussions on the matter. A very good, and very intelligent friend of mine,Will Kirkpatrick of Inner Circle Labs,wrote an article about it, and I would suggest giving it a read. I also suggest getting yourself a Fitbit that reminds you to get up and get your steps in throughout the day. Get your 10,000 steps in!

OK, let me get off my soapbox.

The Grail Springs experience (and it is an experience like no other) was truly magical. I’m so glad I went. The staff is so amazing and knowledgeable in relaxation practices, chakras, yoga, and energy work. As is typical with me, I made some really great friends while I was there and this is why people never believe me when I say I am painfully shy but I really am. It takes a little mental coaxing to get over it and sometimes a few panic attacks, ha, ha, but as long as I have a few really good friends to keep me rational, I get through it. I hope those friends know how much I appreciate the messaging and talking we do. Once I’m in the zone, I can mingle like a pro and normally end up being the comic relief of any gathering.

I would totally recommend heading to Toronto for Grail and even though I am an avid coffee lover, (it’s an experience for me and not just a pick-me-up) I did give up my caffeine for the 4 days I was there. Now, get ready for a shock, I also gave up TV while I was there. I spent time meditating, doing yoga, enjoying the spa, and hiking. The food is vegetarian, but there are so many flavors and texture in everything served, even the biggest meat lovers would enjoy it.

For meals, we would gather as a group – breakfast, lunch, and dinner. In the evenings, we would gather in the great room and during these times is when we really all got to know each other. I can’t speak for everyone, but I know I also got to know myself a little better during my time there. The rooms were like staying in a luxurious cabin with fireplaces, balconies, and the most beautiful showers and tubs.

The Grand Resort and Spa was just as relaxing and lovely with the most wonderful staff. I had the best deep tissue massage there and a fabulous haircut, plus facial. Each room is like a luxury apartment with full kitchens and it is located to close to everything. The pool, hot tub, and sun deck are perfect for relaxing or socializing. One difference between the two is that the Grand Resort is a gay resort so it’s men only, but women can book the expert services at the spa anytime. But, I did find moment of spiritual peace at both places. I think it’s all about the person going. Next time I am at the Grand Resort though, I do intend to stay a little longer and hang out later.

I also went to the Grand Resort alone, but it turned out I have friends who live close by so I got to see them. The next time, I may bring someone along just so we can hang out together at the resort.

Tell us more about your celebrity conventions in Atlanta and also EyeCon’s Return to Tree Hill convention in Chicago?

EyeCon is really expanding. The One Tree Hill conventions are so popular so the Chicago convention was dedicated to them and there is one in May that will be held in Wilmington, NC, where One Tree Hill was filmed. In addition to those, they are doing a Genesis convention in March in Atlanta. That will combine stars from Gossip Girl, Gilmore Girls, and Beverly Hills 90210. In true EyeCon fashion, I’m sure it will still be a more intimate experience for fans. Much more intimate than any other conventions I’ve seen.

A company called Luminary Productions will be doing a Chicago event called Chicago Watch with stars from the NBC shows Chicago PD, Chicago Fire, and Chicago Med on Memorial Day weekend in May. I would suggest checking them out too.

What’s your next up and coming adventures in 2017?

Wow, where to begin. I was recently honored to be on the LGBTI+ Global Social Media Power list 1000. I ranked at number 114 which totally blew me away. So, I plan to continue to do as much social good as possible.

I’ll be attending the very first Influence and Engage Conference in NYC in January.

Of course February is Oscars and I’m already preparing for that and I’m waiting to hear about NYFW.

Then Erase MS is coming up in the spring in Los Angeles.

Hopefully, I’ll be going back to Grail Springs and bringing some special people with me as well as returning to the Grand Resort and Spa.

The convention world will also keep me busy and I also still have my day job, which I wish I could move on from very soon. I recently fell in love with San Francisco so ideally, I’d like to split time between there and LA more.

As the year progresses, there will be more events and the Emmys of course plus I would like to take a few leisure trips to LA and San Francisco.

Do you have a personal blog or site that you share with your audience?

My blog is www.Teeco71.com, where you can find the interviews I do. I try to do them pretty regularly. There are so many interesting people to talk to, I could do that 24/7.

I also have the website www.SociallyDvoted.com which I am not as good at updating these days but I’m trying to find more time for that! I would like to use that to recommend TV Shows, Movies, and music to everyone.

This site uses Akismet to reduce spam. Learn how your comment data is processed. 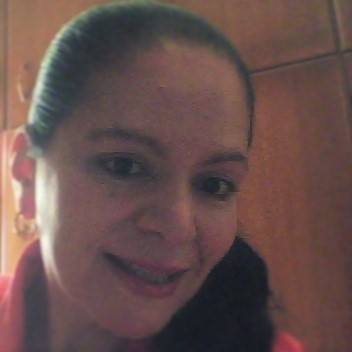